The mother of Teluk Intan DAP candidate Dyana Sofya Mohd Daud today responded to former Prime Minister Tun Dr Mahathir Mohamad who had suggested that she had not done enough to impress on her daughter of Umno’s struggle for the country and the Malay race.Umno member Yammy Samad said she had tried to raise Dyana like Dr Mahathir’s son, Datuk Seri Mukhriz Mahatir but she ended up like the former prime minister’s strong-willed daughter, Datin Paduka Marina Mahathir.

"I tried to raise her like Mukhriz, but she ended up like Marina. I give all my children the freedom to chose what is right and wrong. Dyana is old enough to think about this,” she told The Malaysian Insider today.

Pantherians : Our Malaysian people will proud of your answer to Tun Mahathir.  Its an epic quote   ! 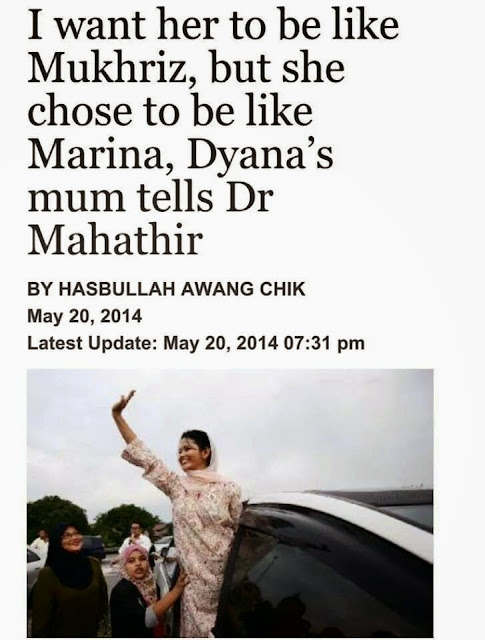 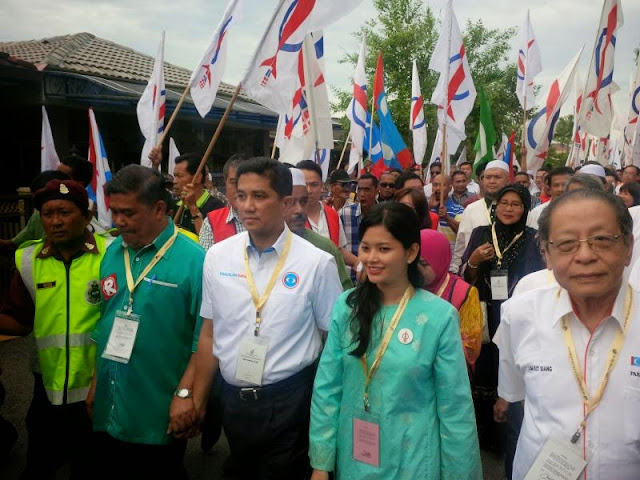 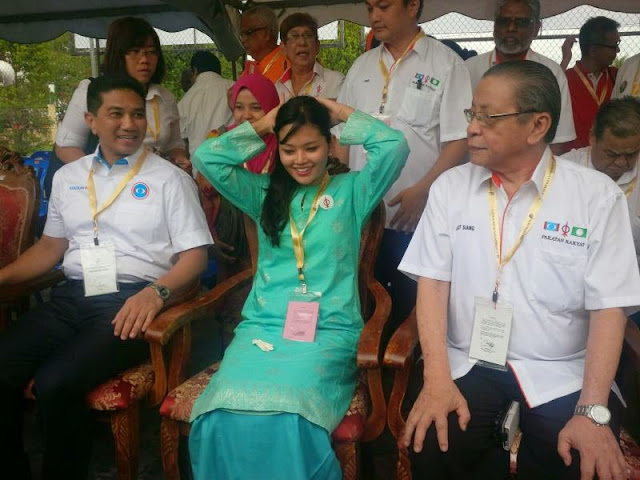 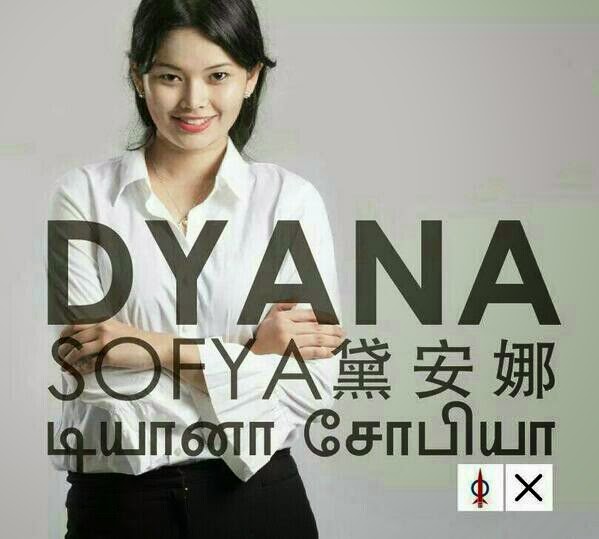 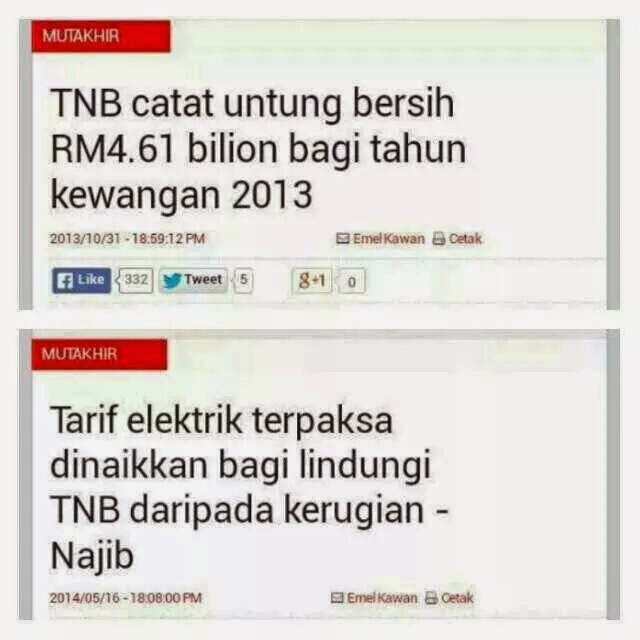 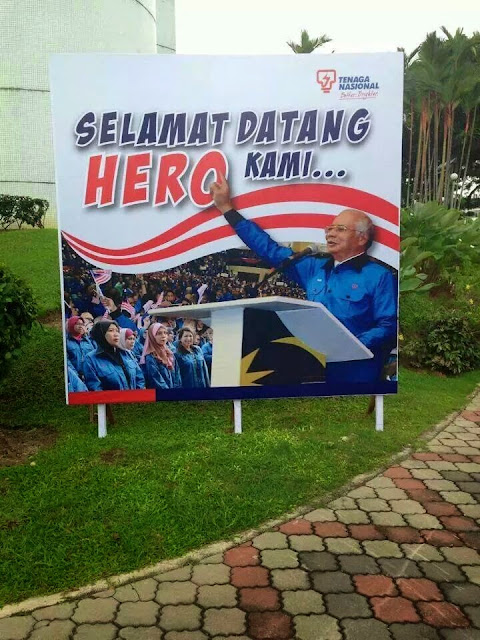